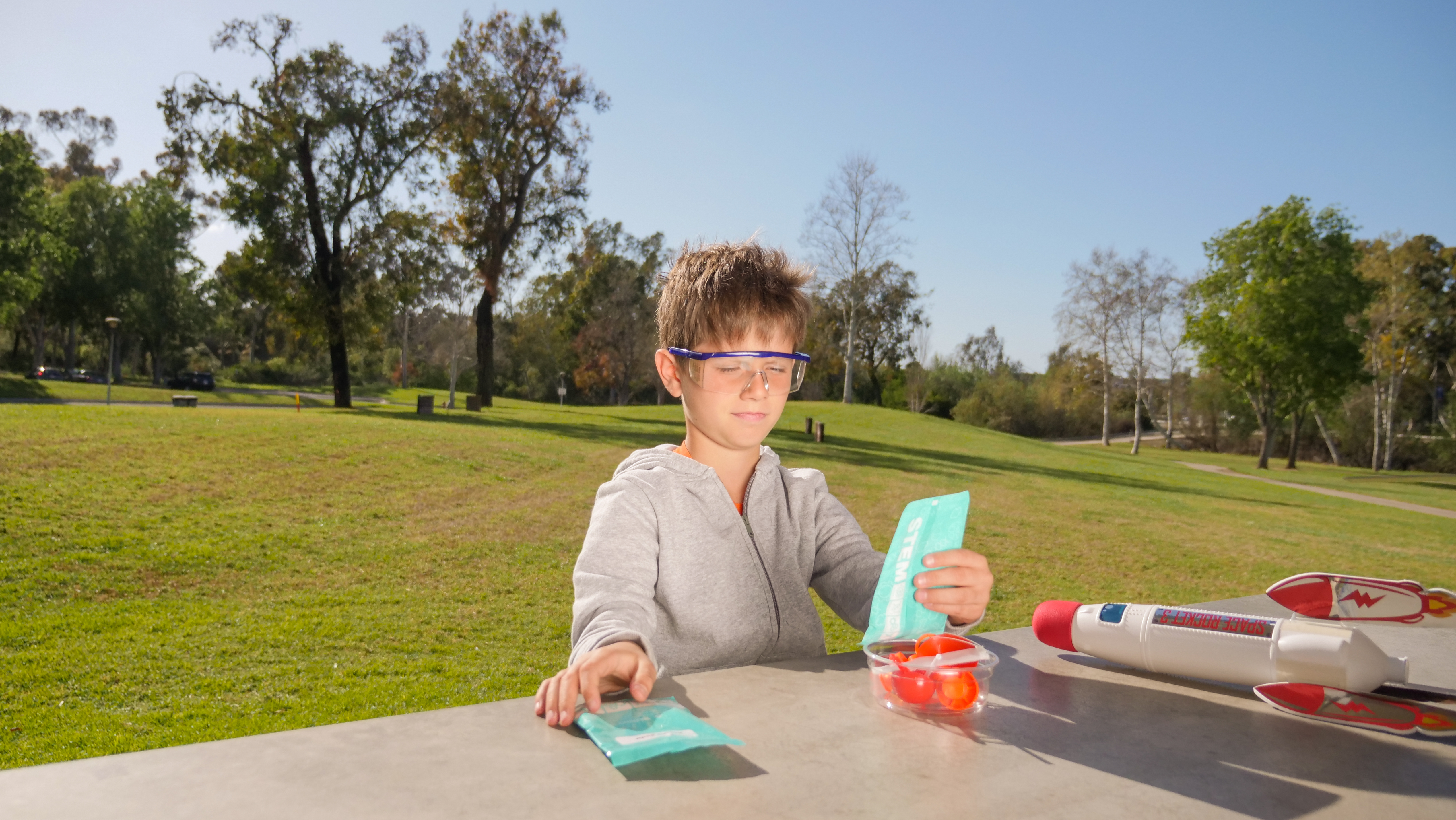 In film and television, the eyes are the main focal point of the audience. More than any other facet of acting, they determine the inner workings of the character. They also determine the goal of intentions and feelings. In addition, they help define the character’s state of mind. With such immense importance, you would think that instructors would spend more time addressing visual behavior. This lack of attention is due in large part to the fact that much of his training focuses on the theater rather than the camera. The camera loves the eyes while the theater loves the words. One is behavior, the other verbal.

With the character’s inner thoughts and feelings, the eyes delineate areas of concern. They place them in suitable compartments or zones that relate to the audience. This is because, in normal life, people move or look away from established patterns that signify the topic or issue under discussion. When you study and analyze the performances of award-winning and acclaimed actors, you will find that these ocular behaviors prevail. Observing and performing these compartments is key to effective ocular performance.

For example, when we search for a word or try to solve a problem, our eyes go to an area where there are few distractions and they turn away from the person we are talking to. In film, this usually occurs on the camera side or the better-lit side and below eye level. With a difficult problem, it tends to be lower to avoid any distractions. The eyes move slowly out of focus in an undefined area. As a solution is made, eye movements can become faster and more defined. This bypass zone allows you to focus on the problem.

The next category is withdrawal, and it is usually more of a look than a look the other way. This memory can be remembered feelings or events. They can also be real experiences, dreams, or even imagined expectations. Eye movements here, too, have certain defining characteristics. Here the eyes are more focused and attracted by invisible images. It is almost as if these images are played on a small television screen suspended before the character just above eye level. These images are usually for the public or the camera. Such visual behavior allows the audience to visualize these invisible images generated by dialogues or dramatic circumstances.

In a two-character scene, you will also look at the person you are talking to or listening to. The eyes will reveal the level of participation, whether you are listening to them or just listening to them. The eyes will also reveal key thoughts such as recognition, reflections, realizations, and expectations. They also reflect understanding and questions. A dialogue scene can become very dynamic due to visual exchanges.

The eyes show an emotional connection, that is, curiosity, compassion, desire, lust, fear, contempt, jealousy, etc. When there is a non-verbal give and take, the characters better define their desires, feelings, and attitudes. Relationships can also be established or revealed through visual behavior.

Where do you look when you talk? For the most part, you will look at their eyes. To prevent your eyes from moving back and forth between the two eyes, focus on one eye. Typically this is the eye on the camera side. The lips and mouth area should also receive some attention and less remote is the clothing they wear. There may be some discomfort when looking into someone’s eyes and this can be overcome by looking at a particular detail; say an eyelash or a defect in the iris. By doing so, you overcome the discomfort of being the observer while being watched. It also leads you into patterns and habits where your visual behavior supports your character and doesn’t betray you as an actor.

In a dialogue scene, the eyes will also move to a comfort zone, an area facing up from the camera slightly below eye level. This area is used to digest or reflect on a topic in conversation. It is also used to prepare a phase or refutation or to collect thoughts. The comfort zone is smaller and higher than the problem area and the time spent there is short. Eyes are out of focus and movement is limited.

There is another area that I call avoidance. This visual behavior conveys an inability to confront certain thoughts, images, or feelings. Feelings like fear, shame, shame, or guilt. An avoidant look reveals the character’s vulnerability and is most dramatic when directed to the dark side, the side away from the audience or the camera. This detour avoids traditional focal zones, especially those of other characters, and is therefore extreme in direction and spatially indefinite. The eyes move quickly, avoid connection, and the angular alignment of the eyes and nose (angle between the direction of the eye and where the nose points) is sharper.

It helps to visualize these focal areas of the eye’s behavior and this illustration will help to locate them. This link shows the most common layout. There are many other arrangements of these focal zones.

There are other facets of ocular performance. Eye movements can be ahead or behind the movements of the head. This subtle difference determines which is more important, the new image or the one left behind. It can imply the difference between emotions such as suspicion and envy. Suspicion would linger and linger while envy would drive the movement of the head.

Speed ​​is also a factor in eye movements and can help portray the character’s state of mind. Slow fluid movements can be associated with a relaxed person, while a hyperactive person probably has fast eye movements.

The relative size of the eyelid opening reflects the emotional state of the character. For example, amazement can be represented with your eyes open, while satisfaction would be slightly less than normal. When we are in conversation, the eyelids expand slightly while the emotion is expressed with brighter eyes.

Blinks are also an expressive tool. Someone who is cornered in his own lies may blink incessantly, while a stern character disciplining a subordinate may only blink as a way of punctuating the consequences. The lack of blinks in a love scene could be a way of implying sincerity and desire. Blinks are often used to end a forceful statement and are ideal cut-off points for editors.

The eyes are also essential to reflect one’s emotions. For example, fierce anger is a tense emotion, rolled up for action. The focus is very concentrated. The eyes contract with a slight squint and the pupils widen. Another emotion, joy, has a wide range of physical traits: misty eyes, tears, laughter, and lots of emotional energy. It is an outpouring of feelings, of being fully the real self of oneself. The eyes represent joy as if it were a surprise, a celebration of life. Tears and misty eyes lend credibility to this emotion. When the emotions are not enough, by not blinking, the pollutants in the air will soon irritate the eyes enough to cry.

Nose-eye misalignment is often used in scenes where the character is critical of or questions the issue at hand. The sharper the angle between the nose and the direction of the eye, the more adverse the criticism. Do not confuse this angle with the actor cheating towards the camera or key light.

Head turns allow the eyes to comment on a situation. Let’s say the character hears someone enter behind him. Most actors would turn their heads to see who it is. But if the eyes first comment on who he is or who he might be, we allow for a dramatic and revealing moment. Highly acclaimed actors use this two-step recognition to develop their characterization.

Vespers fall is another area where the eyes can represent a listening action. The eyes and head rotate slightly in the direction of the voice and the eyes find a comfort zone for full acquisition. The same behavior is evident in side-by-side conversations. The eyes listen and recognize the dialogue. Too often young actors feel like they must connect face-to-face. Instead, the conversation becomes more powerful when we see them listening and commenting in a non-verbal way. Small eye movements signify this connection.

This technical approach to ocular behavior is often considered a mechanical performance and that performance will lack credibility. It must be remembered that acting is a language of conduct and that its articulation is as important as that of diction. As you acquire these behaviors, they will soon become an instinctive and natural part of your acting repertoire. They become organic through constant use.

Visual behavior tells us something about the character’s intentions, attitudes, aspirations, and problems. You can highlight moments of accomplishment, as well as areas of interest and avoidance. It is an indicator by which we can measure the level of participation or lack of participation and evaluate the integrity of the character. It also allows the drama to unfold in the audience’s mind as they question, speculate, and reflect on the character’s situation.

The potential of the eyes to communicate is often overlooked and is rarely given due consideration when training actors. However, when you analyze the performances of the great actors in their award-winning roles, you will find consistent behavior regarding the eyes. And knowing and understanding this part of one’s acting art opens the door to effectively articulate the character’s inner thoughts and feelings.